Thread rolling is a cold forging process that can be performed on many types of ductile metals to reshape a round diameter into a thread form. In this process, a blank is fed into a machine in between rolling dies in order to produce the thread. Thread rolling is a popular method chosen by high-volume production because of its speed. Typically, this process only takes a few seconds per piece. Unlike other threading processes, during thread rolling, metal is not removed or wasted- but displaced. 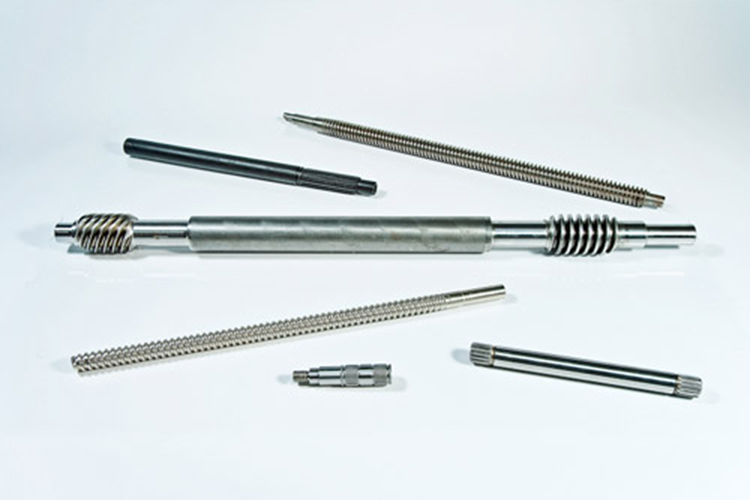 Ashley Ward provides precise manufacturing services for spline rolled and threaded components. These spline rolling capabilities are one of the top recognized operations performed at Ashley Ward, Inc. We are vertically integrated, meaning we start with raw material from our sister company, Cincinnati Cold Drawn, do primary and secondary machining in house, and ship a finished part – all under one roof.